Compelling Things Every Visitor Should Do in Nantes 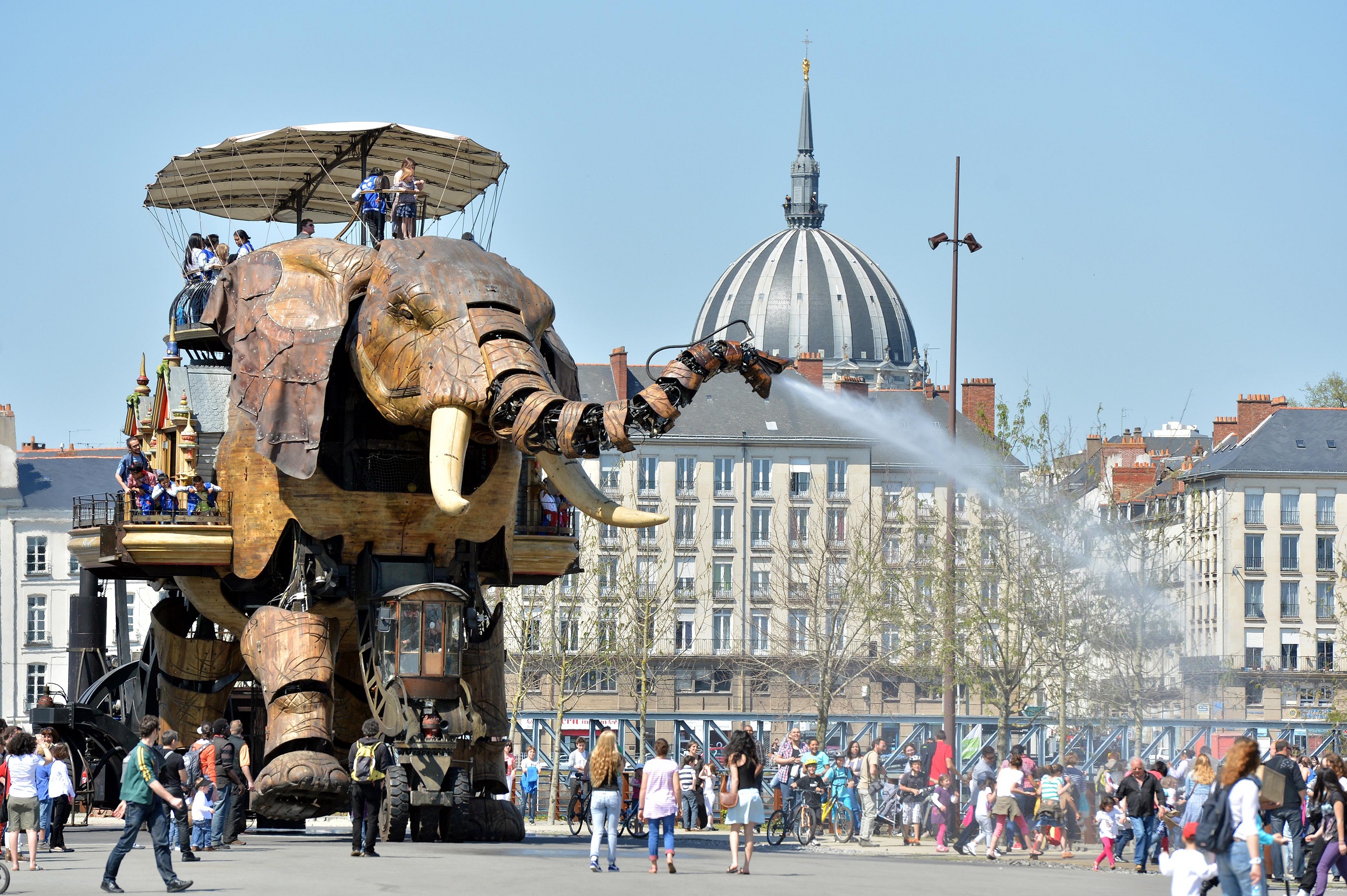 Located on the longest river of France, the Loire, Nantes is the sixth largest city in the country making one of the top-notch tourist attractions in the country. Planning a trip to this wonderful land will bestow you with an array of attractions.

Elephant Ride:
Elephant ride is such a small term because the size of the mechanical Great Elephant and how convincingly it walks around the city is simply awe-striking. With an impressive height of 40 ft and 24 ft wide, this pachyderm is certainly the biggest, loudest, proudest and friendly jumbo in the world.

Castle of the Dukes:
Recently renovated to the highest spectacle, the splendid Castle of the Dukes of Brittany is the greatest in the city. It was adorned with seven elegant towers that offer breathtaking views of the city and the nearby cathedral. Inside the castle lies a 15th century palace and a beautiful museum.

Striking Buildings:
The Theatre Graslin and the La Cigale Brasserie are the two most important buildings sit across the Place Graslin, facing each other. While the former building boasts eight majestic Corinthian columns, the latter flaunts five high ceiling eating rooms with tiled walls. Great seafood is served here.

Travel in Public Transport:
Nantes’ vision is clearly defined through its innovative tram system. It is always enjoyable travelling in tram that meanders through the city center and head till the Edre banks. Get a Pass Nantes and travel wherever you want. This is a go-any-where card that gives you free entry to many attractions, including gallery, arts center and bars apart from riding boats and public transport for free. The card is valid for 24 hours and 48 hours. Get one according to your travel plans. Museum of Jules Verne is a major point of internet in Nantes. It is located on Butte Saint Anne, in a nineteenth century mansion.

Why Florida is Our #1 Family Vacation Destination

If you are planning your next family vacation, Florida ranks #1 on our list as the best family getaway!  As you...

Being romantic is nothing but the right environment that takes your feelings to the lofty heights and captivates...